Peking Duck Restaurant is the daughter restaurant to Duck Chang’s Restaruantin Annandale Va. Opened in 1982 and operated by Duck Chang Jr. and his wife Joyce, Peking Duck Restaurant has been a local favorite for the Alexandria region for over 37 years. He is recgonized by many differernt organization such as UCM and Rotary for his dedicated work with local communities. Duck Chang Jr. has numerous accolates for his achievement in the Asian Culinary Art. Creating innovative and delectable dishes only a skill and experience chef can accomplish.

The Chang Family tradition began over five generations ago, when culinary secrets were passed from father to sons.

Duck Chang started his journey at the age of thirteen, as an apprentice to his father at the family restaurant in Peking, China. Since then, Duck Chang and his family have established several other restaurants in Hong Kong Thailand and The United States. Duck Chang was the Chief Banquet Chef for the King of Thailand before his arrival to the U.S. in 1970. During the Nixon Administration, Duck Chang was tasked with preparing the banquet meal to then Secretary of State, Henry Kissinger. An important meal to introduce Kissinger to authentic Chinese Cuisine before his historic trip to open up new relationships with China. In the next five years, Duck Chang would go on to established his own restaurant in Annandale, Virginia in 1975. During the course of his illustrious career, Duck Chang has served delicious meals and Peking Ducks to a wide variety of celebrities and dignitaries. In 1982, Duck Chang opened another restaurant called Peking Duck Restaurant located in Alexandria, Virginia. Like father like son, Duck Chang Jr. also prepares great meals and Peking Ducks to carry on the great family tradition. 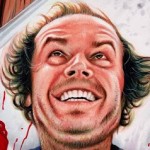 HOW TO WITHDRAW MONEY FROM ONLINE CASINOS